Quote: “Any sort of cooperation demands three preconditions: mutual interests, the willingness to cooperate and the intention for establishing mutual prosperity. Not a single one can be omitted. “-William Low, former UK environment minister.

Climate regimes are pacts created by the joined effort of the global community to deal the mutual problem of mankind: global climate change. However, internal defects brought by its basic mechanisms, like lack of authoritative power and unclear differentiates in responsibilities of different nations hampers them from achieving desired outcomes. As part of climate regimes like the Kyoto Protocol and the Paris Agreement, China is clear that these problems can only be solved by each country performing their own parts and has done its own in several ways.

Climate change is one of the most far-reaching global environmental issues in the world today. It is related every aspect of human life and involves all aspects of international economic and social development. In order to mitigate the risks of climate change, the international community must take joint action.

The signing of the United Nations Framework Convention on Climate Change and the Kyoto Protocol marks the initial establishment of an international climate change regime. In turns, the global climate change regime reflects the competition of comprehensive strength among countries in politics, economy, diplomacy and technology, with attempts to solve global issues in a world dominated by sovereign states. (1)

To understand the origin of these problems and challenges, we must understand the basic mechanism of climate change regimes. The international climate change regime has a remarkable nature of providing public goods on a global scale. It is gradually established by the international community through collective action in response to the global climate change issues under the framework of the United Nations. The core of these regimes is composed of a series of "principles, norms, rules and decision-making procedures centered on the expectations of cross-country cooperation”, (2) gradually forming a fair, reasonable and effective adjustment mechanism.

Talking about mechanisms, global climate regimes work under the two following characteristics: one is called “National Condition Contribution”, which implies that, under the principles of ‘common but differentiated responsibilities and respective capabilities’, all parties put forward plans to deal with climate change based on national conditions and development stages. Another is “From Bottom to Top”, calling on the National Governments to encourage their citizens to implement energy saving in daily lifestyles. Take the <Kyoto Protocol> and the Paris Agreement for example, they have both stated that developed, industrialized countries should take the lead in undertaking emission reduction targets, while developing countries do not undertake mandatory emission reduction obligations. The two documents both stipulates that the Greenhouse Gas emissions of major developed industrial countries should be reduced by an average of 5.2% on the basis of the previous decade Among them, the United States share is 7%, the European Union should cut by 8% and Japan by 6%. (3) The document defines the basic principles for the international community to deal with climate change and reduce greenhouse gas emissions, and provides quantitative emission reduction targets and schedules for developed industrialized countries. It has become the core element for the operation of the international climate change mechanism over long periods of time.

The structural defects of climate regimes

2.1 Lack of authoritative and mandatory power

change regimes operating under the principles above and the framework of the United Nations are basically fulfilling their goals, but its internal structural defects are seriously restricting its effectiveness and development potential. First, generally speaking, global climate regime’s characteristic as an open platform is certainly convenient for all parties to fully express their opinions and views, and is conducive to the gradual improvement of the organization as a whole. (4) However, its negative effects are shown at this moment. Climate Change Regimes are in reality a signed pact in an international organization between governments with equal diplomatic rights, announcing each other’s goals and promises to cope with climate change. Therefore, it cannot resort to compulsion when a country decided not to fulfill its promises or quit the pact; This leads to the situation that vast number of participants may strengthen climate regime’s influential power and global status, but will also add to its complexity and instability. (Since international climate negotiations are mainly conducted within the connections with the UN institutions, the vast of countries and regions in the world and many governmental and non-governmental organizations have participated in their process from beginning to end. Like when the 2007 world climate conference was held in Bali, Indonesia. More than 10,000 representatives from 190 countries and regions have participated. As for the Paris Agreement in 2015, A total of 178 different parties have signed). Since the regimes, formed under pacts and agreements, does not have a mandatory mechanism to monitor whether or not a country is fulfilling its goals and promises, or to conduct mandatory means to require a nation to join in or stay within the regime. Like the US did not sign on the Kyoto Protocol and has gone so far as to withdraw from the Paris Agreement in 2020, though rejoined in 2021.

Within climate regimes, the inherent contradictions between developing countries and developed industrial countries tend to be complex. Developed industrialized countries and developing countries, especially the rapidly growing developing countries, have sharp opposition in the division of responsibilities and obligations around the relationship between their own industrial development and the goal of emission reduction. Apart from that, there are significant divergences that existed among major powers. “If there is no international leadership or collective action, the prospect of the establishment of the a effective international climate change regime will be extremely bleak.” (5) The reason is that, among major powers, EU, the US and China are the “engines” that enables the global climate change regimes to operate efficiently. However, for a long time, the three sides have opposite views and debated among each other in terms of emission reduction ideas and industrial emission standards. The US has claimed that China’s industrial and society developments are endangering the global climate since according to cumulative data, China is indeed the largest carbon emitting nation for a period of time, but this is based on the fact that it has the population of 1.4 billon. While the US ranks just behind China in terms of carbon emission most of the time (even surpassing China to become the top in 2021), its average carbon emission per person is 3 times that of China, but the US government simply turns a blind eye to it no matter how many times other nations point that out. So, the matter becomes clear that it is unrealistic for any effective result to be reached in terms of carbon emission standards without the willing participation of the US acting as the major ‘contributor’ to greenhouse gases. Since standard-setting requires from the current regime requires the consensus on a balanced Carbon Emission -Industrial Development ideal from all participating nations,

Realizing that the two key issues won’t be solved in the foreseeable future, China decided to simply perform its own part as a ‘responsible power.’ This is because since the 1990s, China have witnessed sustained and rapid economic growth and a sharp rise in energy consumption, becoming the country with the fastest growth in greenhouse gas emissions. According to the world bank's Green Data Handbook (2017 Edition), from 1990 to 2017, China's carbon dioxide emissions increased by 1.7 billion tons, an increase of more than 73%; India increased by 700 million tons, an increase of more than 88%. When the International Climate Negotiation Agenda is dominated by Western developed countries, how China, India and other developing countries will act to fulfill their reduction or emission limitation obligations has become a significant issue. The reason for China to take up the responsibility is that, climate change regimes are facing increasing political pressure. Like mentioned above, the United States and other developed countries are constantly avoiding the facts that their "Historical emission amplification", "Large transfer emissions" and "high per capita emissions" are the realistic cause of increasing carbon emission, (6) and has repeated stressed that developing countries such as China have a greater impact on climate change and therefore must share the responsibility. “Otherwise, any response plan and measures are of no practical significance.” Since these developed countries are unwilling to perform their role within the international climate change regime, it is up to China itself to meet up its goals and promises for it to perform its desired goals at present. 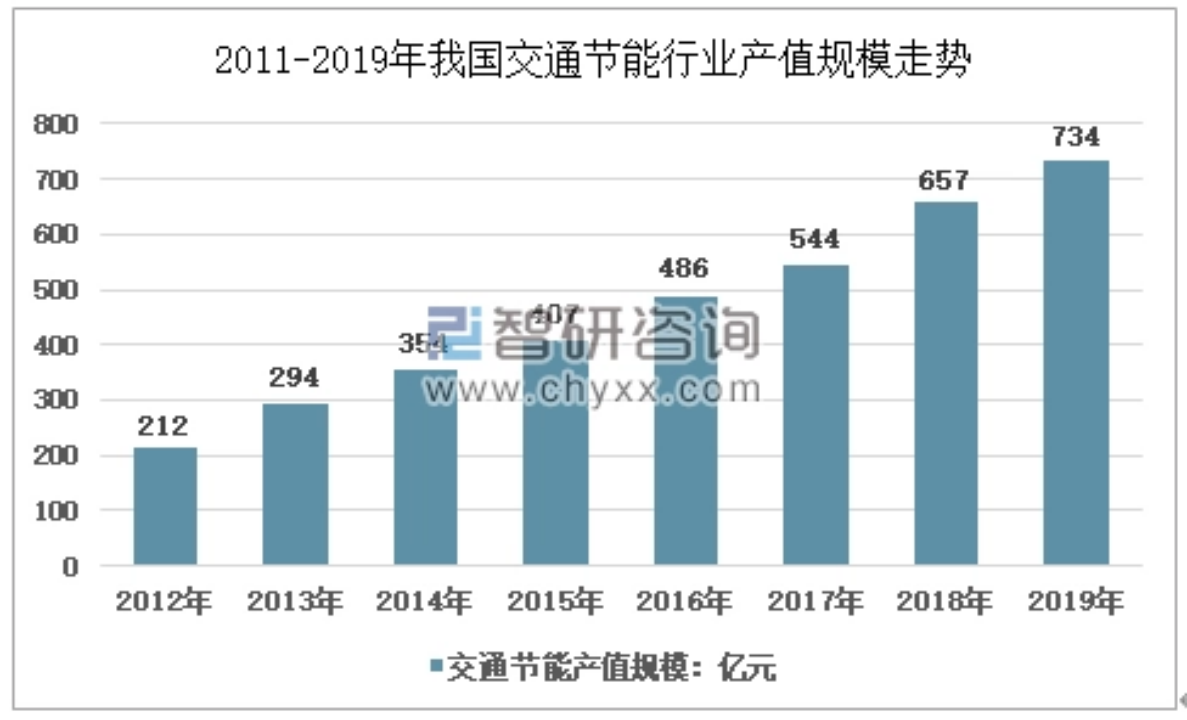 As the largest developing country, China has always actively participated in

international negotiations on climate change and worked hard to promote the

establishment of a fair, reasonable and effective international climate change

mechanism. Although the Kyoto protocol does not impose mandatory emission

measures to deal with climate change and fully demonstrated a responsible attitude. China has always taken the initiative to fulfill its international obligations. As a signed member to the protocol, China has earnestly fulfilled its obligations for developing countries under the convention, such as preparing national communications and carrying out environmental education lesson for all school age population. During 2007, China became the first developing country to complete and publish the national plan for addressing climate change. On September 3, 2016, the Standing Committee of the National People's Congress of China approved China's accession to the Paris climate change agreement, becoming one of the first 23 nations that have completed the ratification of the pact. And has agreed to make arrangements in preparation for future global response and efforts to climate change after 2020. (7) The above actions reflect China's sense of responsibility to the international community, the country itself and its people. In the current international climate negotiations, China insists on safeguarding the "rights of survival" and "rights to develop" of developing countries, and opposes to undertake the same mandatory quantitative emission reduction targets as developed industrialized countries in the next commitment period.

[5] Greg Kahn, The Fate of the Kyoto Protocol under the Bush Administration, Berkeley Journal of International Law, Vol.21:258, p549.

[7] Jorge Clef, The future of the Paris Agreement and the Chinese influence,