Falconry, a traditional skill, is in conflicts with the wildlife Protection Law of the People's Republic of China. Falconry, in particular, is essentially a danger signal for the increasingly endangered birds of prey. Because all falcons come from the wild, the poaching and trade behind this is immeasurable. Officials from the Cultural and tourism bureau of Xinxiang City said they had held a meeting and decided to move falconry out of the City-Level Non-Material Cultural Heritage. 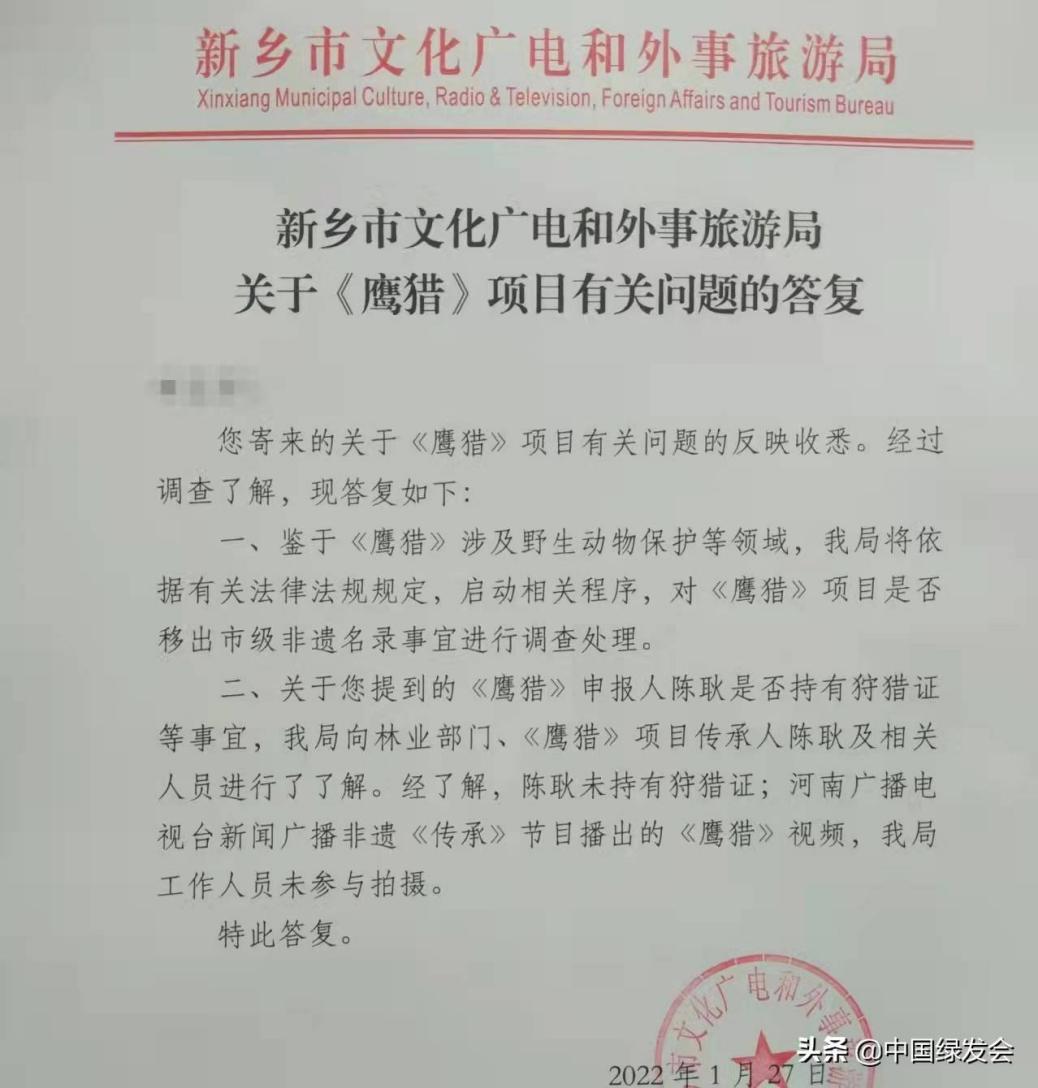