【广角】An Encounter with Snow Lotus at the Bogda Mountain

Title: An Encounter with Snow Lotus at the Bogda Mountain

Article and photo by: Xiong Yutong

The article and photos are striking records of an exciting exploration trip of the Bogda Mountain in Xinjiang.

Mount Tianshan, which is the world’s most distant mountain to the ocean, was considered as a sacred place by the ancients. The majestic and magnificent Bogda is the peak of the eastern part of Mount Tianshan, and Bogda has been worshiped by people for thousands of years. Bogda got the mysterious color of Taoism since a Taoist master visited the place in the 12th century. In the Qing Dynasty, Emperor Qianlong wrote inscriptions for Bogda and sent his officials to make pilgrimages to the mountain.

The snow lotus, Saussurea involucrate, grows in high and cold land at an elevation of 3,500 to 3,800 meters. The rare flower that can beat the severe environment only bloom for two months. Snow lotus is China’s protected plant species. The local herders believe that one will have good luck if he sees a snow lotus.

There are over 100 rivers and streams running through Bogda area, formed by the melting glaciers. Walking in Bogda, you can experience four seasons during one day.   Besides snow lotus, the wilderness is dotted with countless colorful flowers.

（Bogda mountains and glaciers shot with a drone） 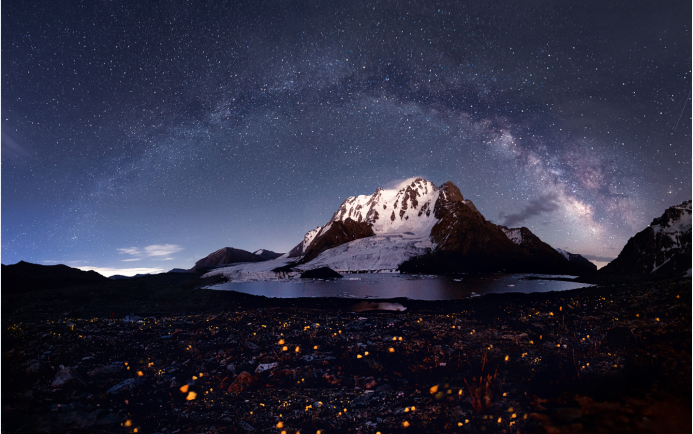 （Bogda under the Milk Way ）

（Snow lotus and the snow mountain） 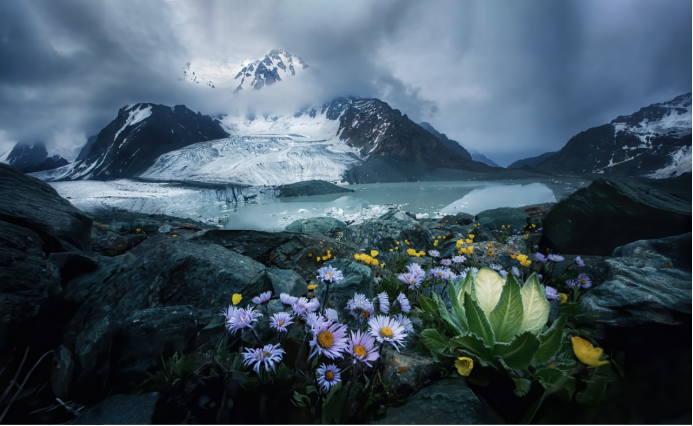 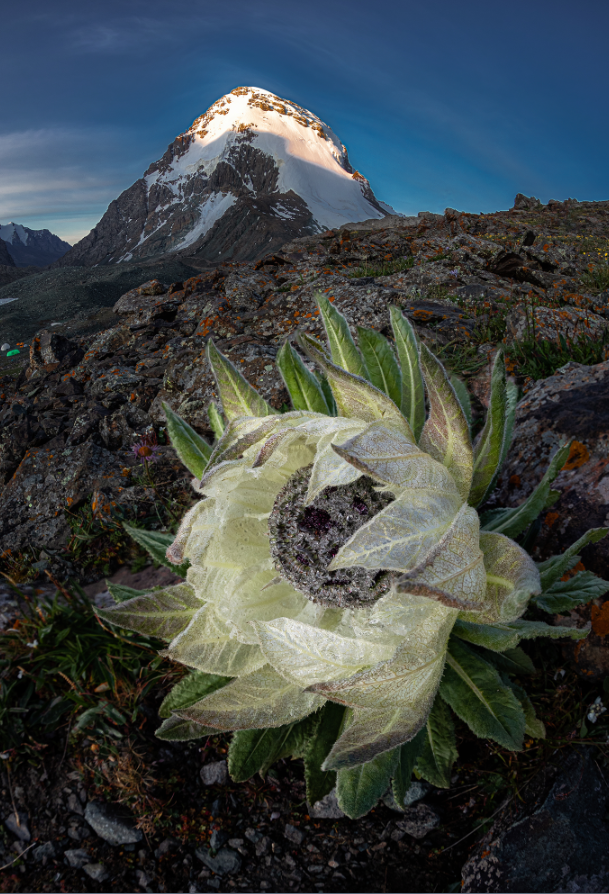 （（Bogda under the Milk Way ） 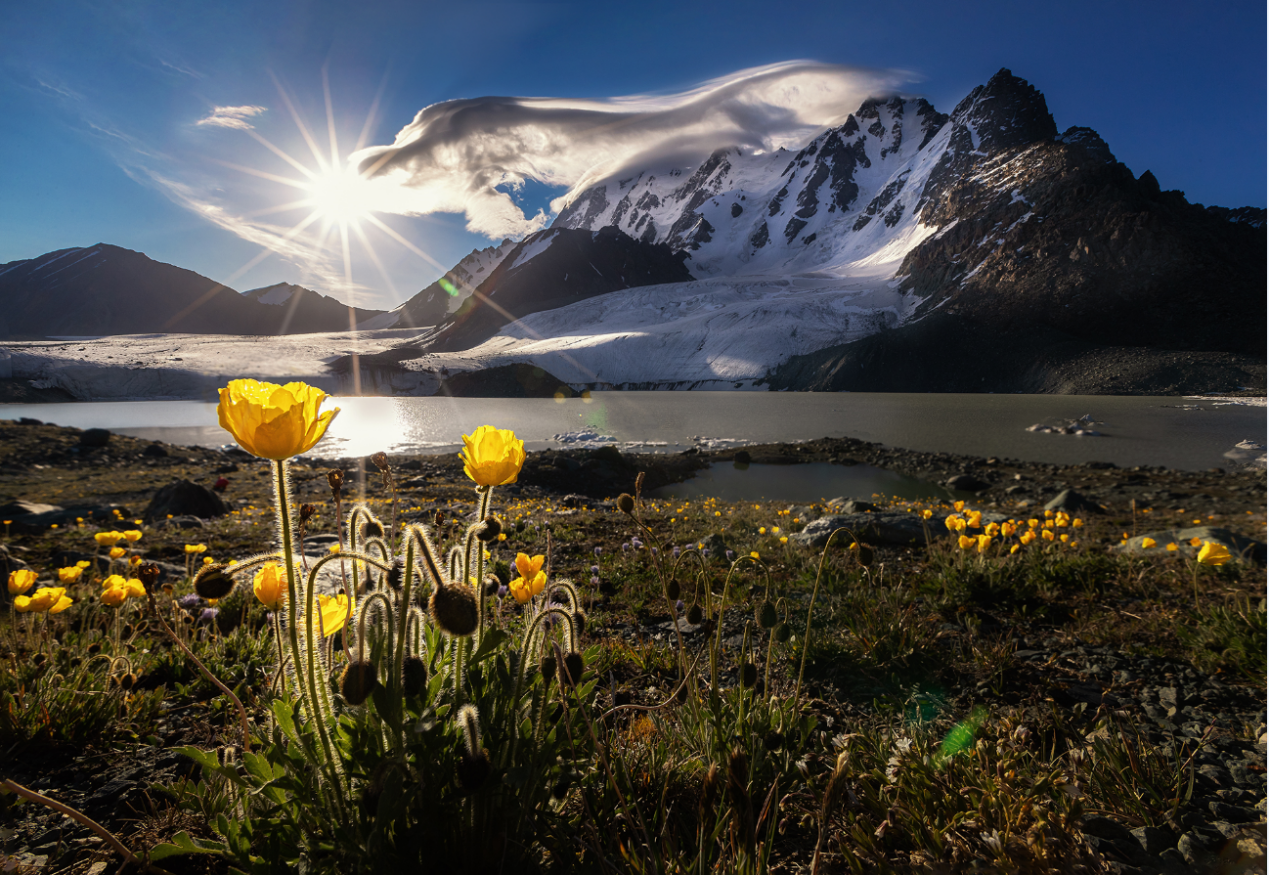 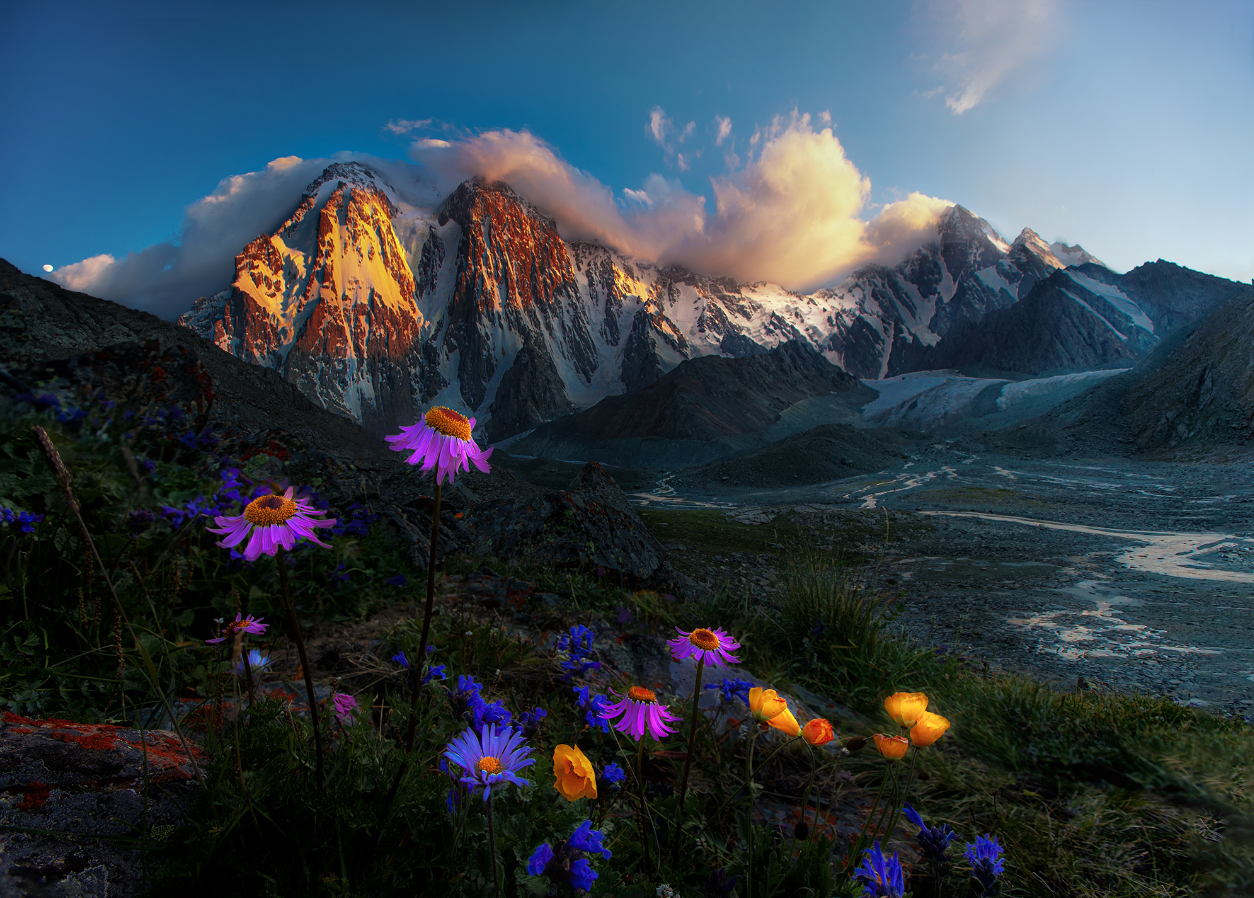 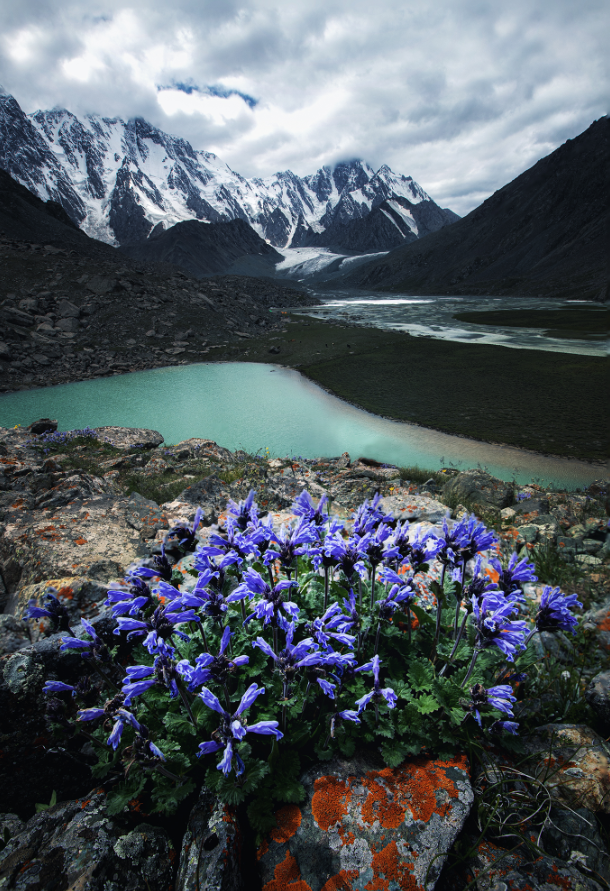